On this page are my suspected variable star discoveries. Following AAVSO preference, each star is listed by its GSC name, unless it doesn't have one, in which case a GSC2.3 name is shown. On the left are finder charts (courtesy of the Aladdin Sky Atlas), and on the right are phased plots and in some cases 3D models of what the system might look like. Below each plot is some information about each star, as well as a link to the AAVSO page concerning the star. The stars are listed in order of increasing right ascension. If you've got the equipment and the time, additional observations of any of these objects can be submitted to the AAVSO.

I ran across GSC 01560-000210 in 2012. It is, without doubt, an EW type eclipsing binary. However, I don't have a dense enough light curve to submit it to the AAVSO for official recognition, and given that it's now six years later, I doubt I'll ever get around to it. So, if anyone wants to officially discover a variable star feel free to do so you can start from scratch with this one. 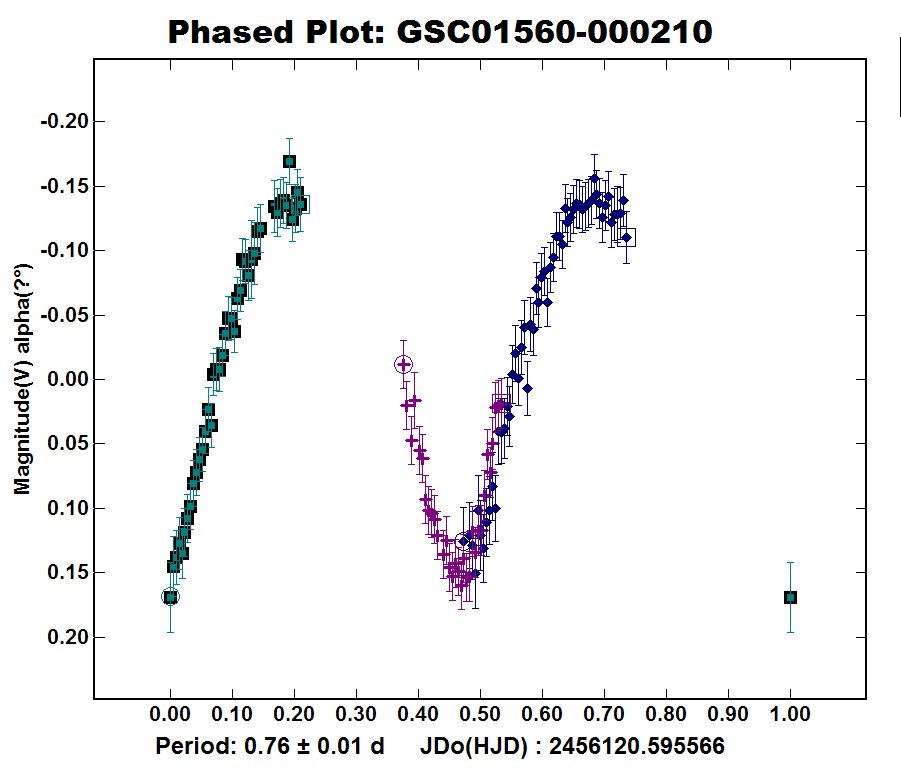 Previously known (not discovered by me) variable star observations

Below is a plot of XX Andromeda, another RR Lyra type star that shows the Blazko effect. The image below was binned 4x, acutual data points used were 2707.
J/C V* Filter. Observations submitted to the AAVSO

Questions/comments, E-mail me at john at theastroimager dot com